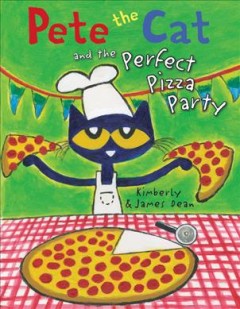 After inviting his friends over for a pizza party, Pete piles his favorite pepperoni topping on the pie he is making, but when his guests arrive and add their own toppings to the pizza, Pete begins to wonder if his perfect pizza will be ruined. 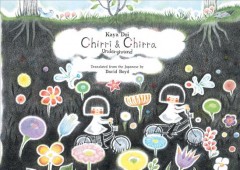 Chirri and Chirra discover a network of tunnels behind a hole in their basement wall and visit moles, enter caves full of glowing flowers, poke at the roots of growing plants, traverse a subterranean lake, and spend the night with a family of badgers! 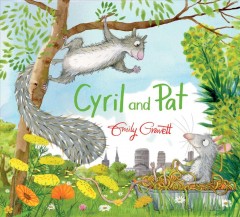 What will Cyril do when he discovers that his best friend is a rat and not another squirrel? 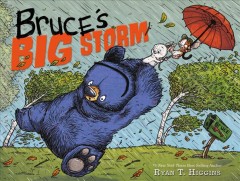 Grumpy Bruce the bear does not like neighbors, but is forced to help when a big storm draws them all to his home. 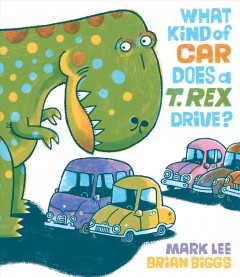 What Kind of Car Does a T. Rex Drive? - Mark Lee

Uncle Otto is a used car salesman, who, with the help of his niece and nephew, finds the perfect vehicles for his dinosaur customers. 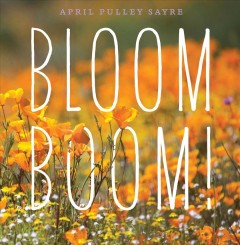 An exploration of flowers found in the desert, woodlands, gardens, and meadows introduces the parts of flower, different habitats, and specific species. 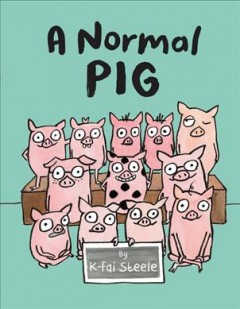 When a new pig comes to school and starts to point out all the ways Pip is different, she worries that her appearance, tastes, and all the things she loves are not what what normal pigs do. 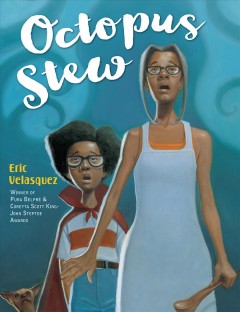 Ramsey dons his superhero cape to rescue Grandma from the huge octopus she is trying to cook--or is he simply telling a story? Includes author's note on the story's origin and a recipe for Octopus stew. 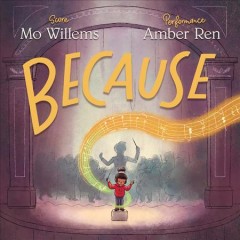 A series of events, some seemingly very insignificant, lead to a young girl attending a life-changing concert. 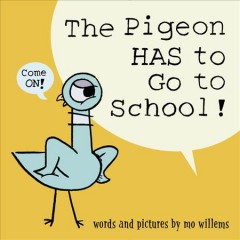 The Pigeon Has to Go to School - Mo Willems

The pigeon must go to school, but frets about math, learning the alphabet, heavy backpacks, and what the teacher and other birds will think of him.

Led by new student Caitlyn, seventh-graders at a tiny rural school in Vermont create a reality-show inspired competition to determine who will replace the school's legendary class clown, Paulie Fink.

Seventh grader Jordan Banks loves nothing more than drawing cartoons about his life. But instead of sending him to the art school of his dreams, his parents enroll him in a prestigious private school known for its academics, where Jordan is one of the few kids of color in his entire grade. As he makes the daily trip from his Washington Heights apartment to the upscale Riverdale Academy Day School, Jordan soon finds himself torn between two worlds--and not really fitting into either one. Can Jordan learn to navigate his new school culture while keeping his neighborhood friends and staying true to himself?

Beverly Tapinski has run away from home plenty of times, but that was when she was just a kid. By now, she figures, it's not running away. It's leaving. Determined to make it on her own, Beverly finds a job and a place to live and tries to forget about her dog, Buddy, now buried underneath the orange trees back home; her friend Raymie, whom she left without a word; and her mom, Rhonda, who has never cared about anyone but herself. Beverly doesn't want to depend on anyone, and she definitely doesn't want anyone to depend on her. But despite her best efforts, she can't help forming connections with the people around her, and gradually, she learns to see herself through their eyes.

Penny and Her Sled - Kevin Henkes

Penny has a new sled, but will it ever snow?

Delsie loves tracking the weather, living with her grandmother, and the support of friends and neighbors, but misses having a "regular family," especially after her best friend outgrows her.

A song for a Whale - Lynne Kelly

Twelve-year-old Iris and her grandmother, both deaf, drive from Texas to Alaska armed with Iris's plan to help Blue-55, a whale unable to communicate with other whales.

When Juana's mother starts spending lots of time with her new friend Luis, Juana worries that these new developments will mean lots of change for her and her dog Lucas.

Thirteen-year-old Patricia, widely known as Sweet Pea, navigates her parents' unconventional divorce and finds herself in the unlikely role of her town's advice columnist.

Jason Reynolds conjures ten tales (one per block) about what happens after the dismissal bell rings, and weaves them into one funny, poignant look at the detours we face on the walk home, and in life.

Raina wakes up one night with a terrible upset stomach. Her mom has one, too, so it's probably just a bug. Raina eventually returns to school, where she's dealing with the usual highs and lows: friends, not-friends, and classmates who think the school year is just one long gross-out session. It soon becomes clear that Raina's tummy trouble isn't going away... and it coincides with her worries about food, school, and changing friendships. What's going on?

Back to School with Betsy - Carolyn Haywood

Third-grader Betsy and her friend Billy seem to be always getting into scrapes both inside and outside of school.

Back to School Bigfoot - Samantha Berger

The school year is about to start, and Bigfoot is worried about all the things that could go wrong--but he also remembers that all his friends will be there. 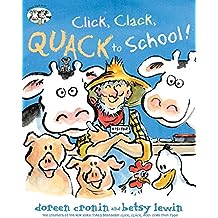 When Farmer Brown and the animals are invited to Farm Day at school, he instructs them to be on their best behavior, forgetting that school can be like a barnyard.

The Day You Begin - Jacqueline Woodson, Ill. by Rafael Lopez

Other students laugh when Rigoberto, an immigrant from Venezuela, introduces himself but later, he meets Angelina and discovers that he is not the only one who feels like an outsider.

Five little monkeys go shopping for school clothes with their mama, but in spite of her warnings about not wandering off, things quickly get complicated.

Emily is worried about starting school for the first time, but Foxy waves his magic tail to provide what she needs to be ready.

Children gather for a first day of school celebration that calms their worries about the day. Includes note about the history of such celebrations, and a related website.

When the class pet bites the finger of Penelope, a Tyrannosaurus rex, she finally understands why she should not eat her classmates, no matter how tasty they are.

"Today is Mae's first day of school. But Mae says, "I'M. NOT. GOING." With the help of Rosie and Ms. Pearl, will Mae be ready to start the day?"-

And Then Comes Halloween - Tom Brenner, Ill. by Holly Meade

"When nighttime creeps closer to suppertime and the sky is that certain deep blue-- then it's time to get ready for Halloween!"-

Disregarding warnings about the creepy mansion outside of town, Annie bravely goes to investigate on Halloween night and gets a big surprise.

When skeletons take over a small town, the grown-ups call off trick-or-treating, but the kids in town vow to save the day.

Farmer Brown does not like Halloween, but the animals hold a Halloween party in his barn.

When babysitter Lulu takes the five little monkeys trick-or-treating, they decide to change costumes with their friends and try to fool Lulu and their mother.

As Halloween nears, Monster tries out a variety of costumes, including a cowboy, a ballerina, and a ninja, but finally comes up with the perfect idea.

"With the turn of every die-cut page, see Little Green Monster's face gradually appear. Then, as the stars come out, get ready to say good night!"-

One October night in 1745, John Leep, a mean and stingy lawyer, sets out to evict a widow from one of his rental houses and is followed by a ghostly rider.

A stemless pumpkin that yearns to be a Halloween jack-o-lantern watches sadly as all of the other pumpkins in the shop are chosen.

Describes how a teacher, Miss Chew encouraged individuality and accepted learning differences, and helped a young student with academic difficulties get extra time to take tests and permission to be in advanced art classes. Inspired by author's memories of her art teacher.

A young girl relates all the ways she and her best friend, Sarah, are alike inspite of the fact that Sarah uses a wheelchair.

Introduces six sets of siblings, some or all of whom have mental or physical disabilities, and briefly decribes what their lives are like.

Willy and Carlos, who is in a wheelchair, receive a visit from Santa on Christmas Eve, even though they live on the nineteeth floor of their building.

The author recounts in graphic novel format her experiences with hearing loss at a young age, including using a bulky hearing aid, learning aid, learning how to lip read, and determining her "superpower".

A student who uses a wheelchair finds a way to see her dog each day in school.

Janine is one of a kind. She focuses on the positive while navigating life with disabilities. She makes a differences just by being herself.

Inspired by a teacher who believes each of them is a genius, a class of special-needs students invents something that could convince the whole school they are justifiably proud to be "Junkyard Wonders".

Ruthie Tober's family is known for the beautiful, warm mittens they knit, so when she and her mother meet a deaf woman and her baby and give them shelter, Ruthie decides to design very special mittens for them.

Moses and his schoolmates, all deaf, attend a concert where the orchestra's percussionist is also deaf. Includes illustrations in sign language and a page showing the manual alphabet. 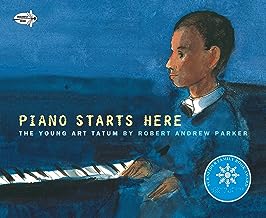 My Three Best Friends and Me, Zulay - Cari best,

Zulay is a blind girl who longs to be able to run in the race on field and track day at school. 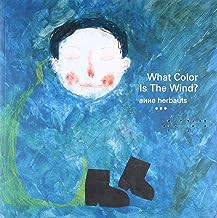 What Color Is the Wind? - Anne Herbauts

A blind child asks each he encounters- a dog, wolf, elephant, mountain, bird, stream, tree-- about the color of the wind. Each responds differently, with a shape, color, smell, texture, or idea. 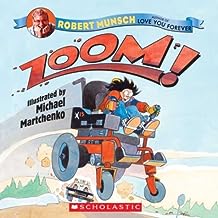 When Lauretta tries out a 92-speed, silver and gold, dirt-bike wheelchair, she gets a speeding ticket but also helps out her brother.